Chrono 4 is the first chronograph in the history of watchmaking whose counters are arranged in one row. It’s a genuine innovation both aesthetically and functionally, and it’s a real revolution also from a technical point of view. So far, the world has never seen a dial whose minute, hour, 24-hour and small-second counters were arranged horizontally abreast of one another. It’s a totally new arrangement, and graphically neat. It facilitates read-off and makes it more logical. Technologically speaking, the new device patented by Eberhard & Co. is not only the revolutionary outcome of years of research but it has endowed the whole trade with an admirable self-contained device that could be engineered only by a Maison of sufficient size and potential. To really imagine the refinement of the movement, one only has to consider the 53 rubies it “works” with. 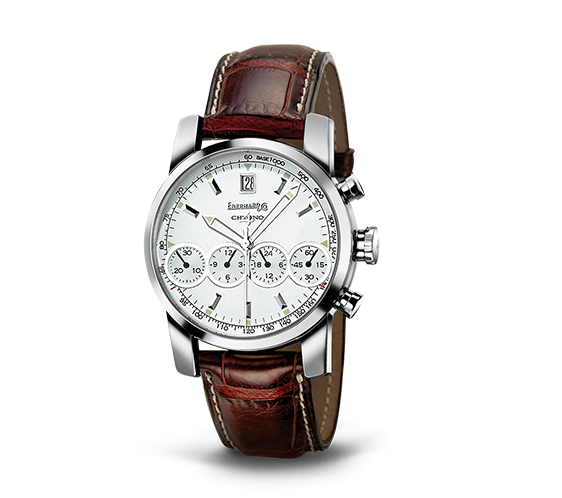 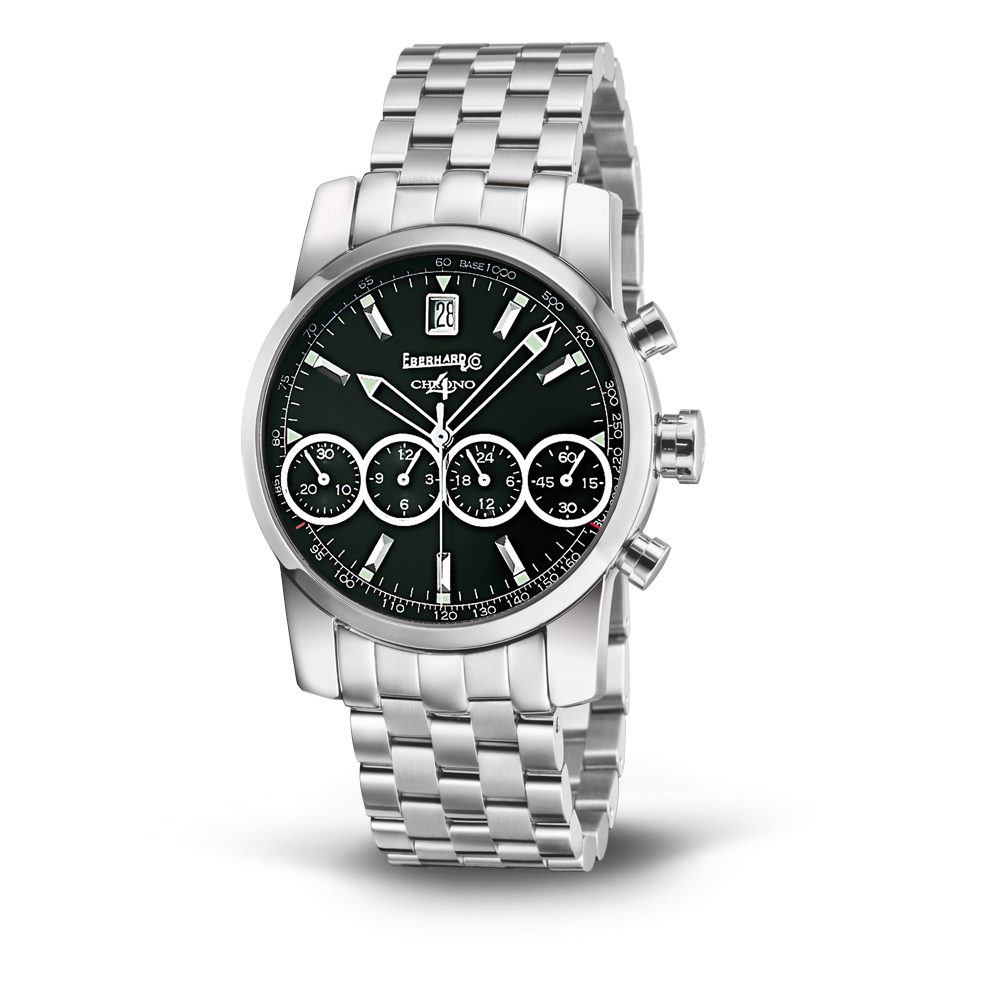 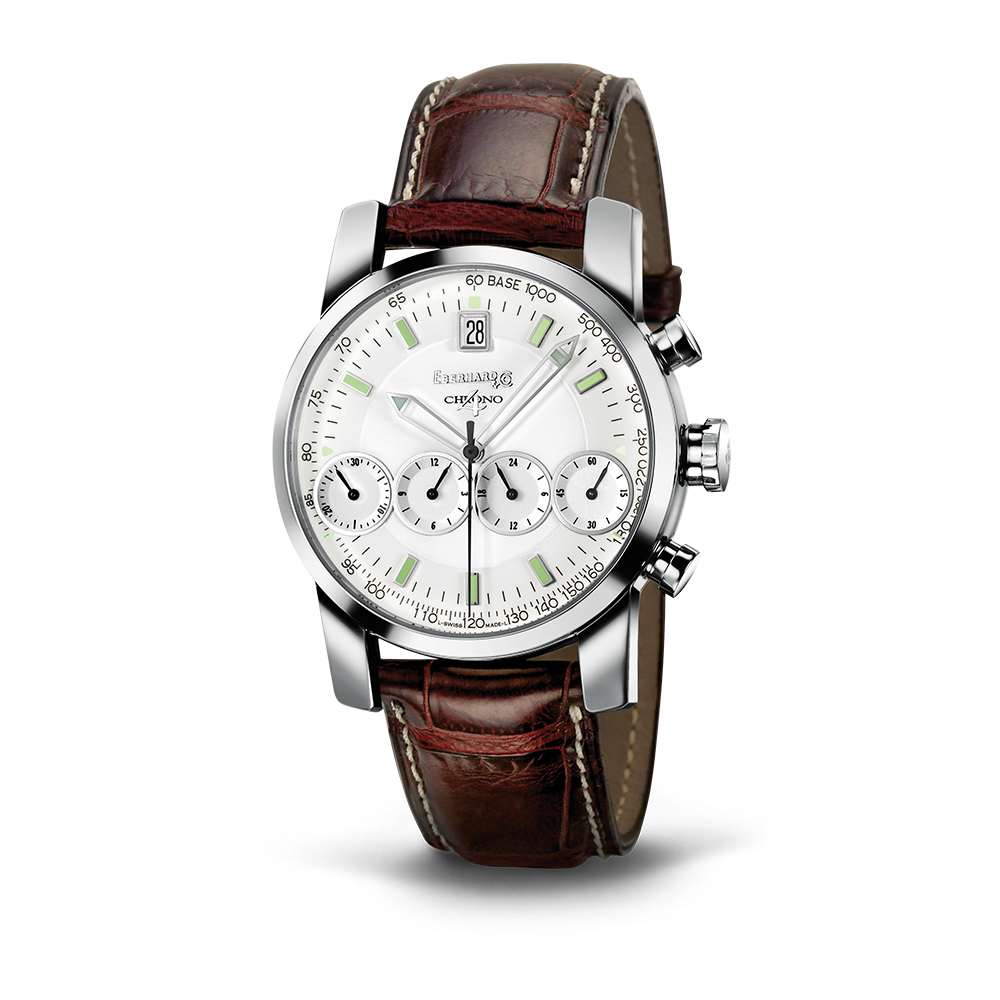 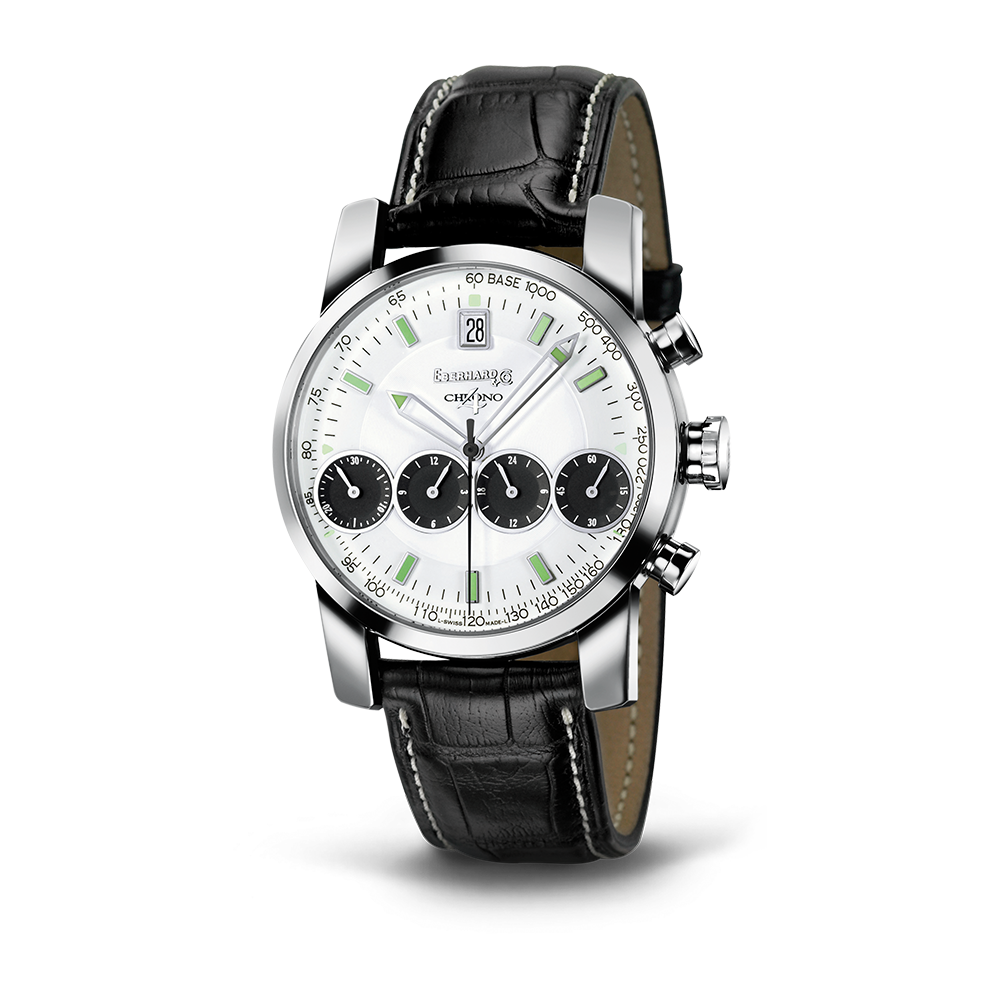 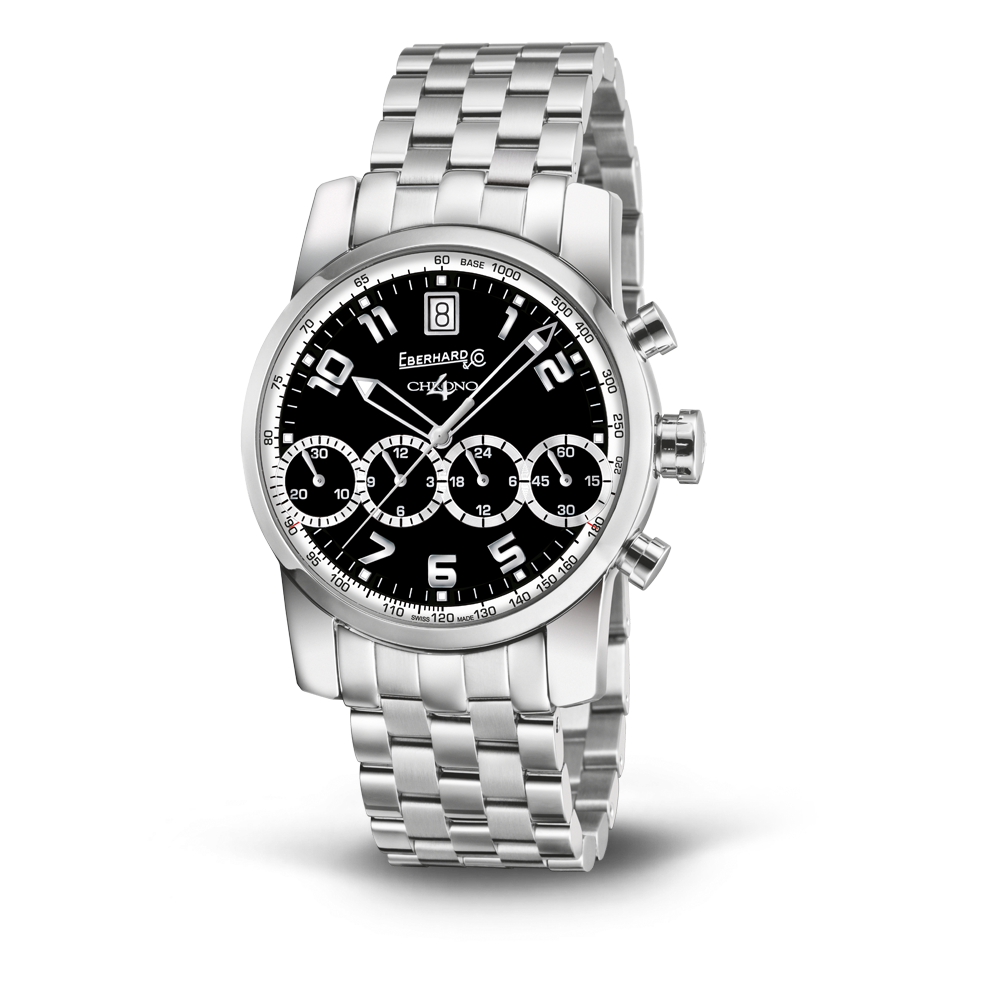 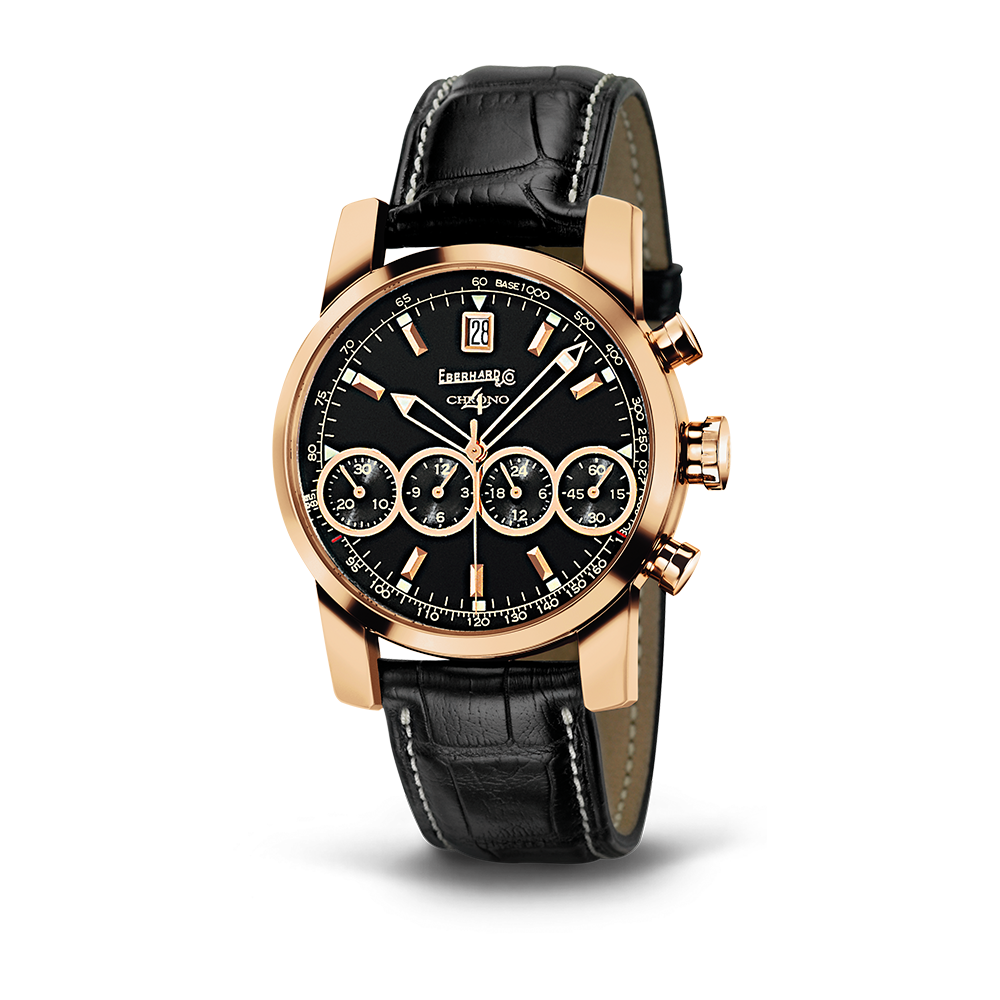 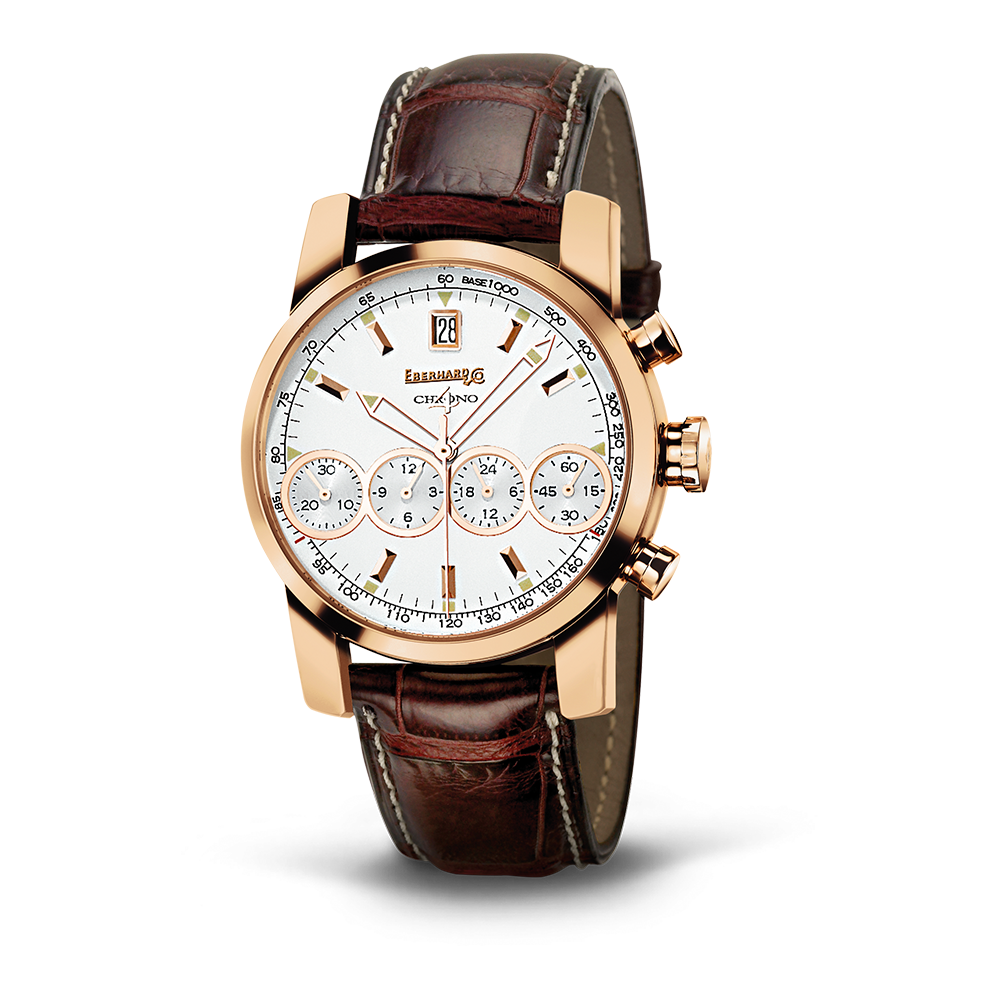